As a PSO (Protected Species Observer) working for Geoquip Marine, I’m fortunate enough to encounter such a variety species of marine life.

As part of the crew operating onboard the Dina Polaris, I help the company actively mitigate the impact our drilling operations have on the environment and the marine life we encounter – and that includes many species of sea turtle.

To mark World Sea Turtle Day 2022, an annual event to raise awareness of sea turtle conservation and preservation efforts, I wanted to share some of my own observations and insights from the deck. I’m currently stationed onboard the Dina Polaris, an integrated geotechnical survey vessel operating off the East Coast of the United States.

As of writing, a total of six species of sea turtles have been observed in these US waters, and all are protected under the Endangered Species Act (1976). Of those six, the Hawksbill (Eretmochelys imbricata), the Kemp’s Ridley (Lepidochelys kempii) and the Leatherback (Dermochelys coriacea) sea turtles are listed as ‘endangered’, while the Loggerhead (Caretta caretta), Olive Ridley (Lepidochelys olivacea) and Green Ridley (Chelonia mydas) are listed as ‘threatened’. 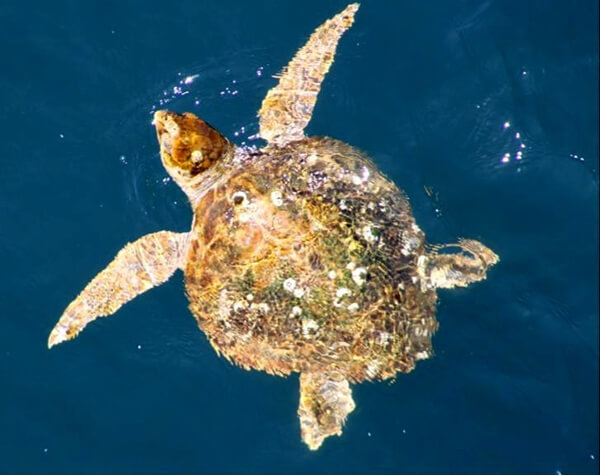 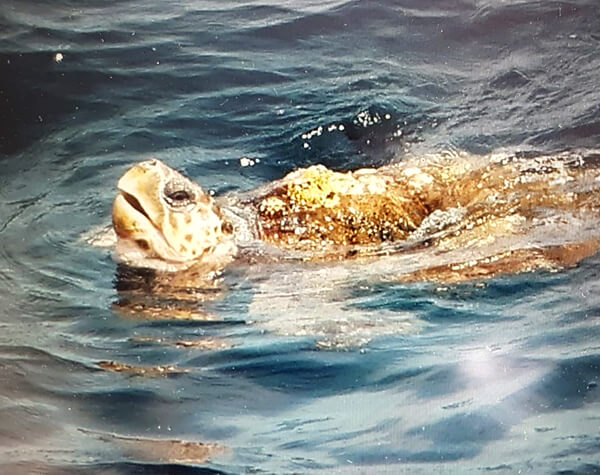 Sea turtles are highly migratory in nature, and according to field annotations and observations, they use the coastal area around New York and Massachusetts as their feeding ground during the spring and summer months. Recorded occurrences of sea turtles would often go down when shark sighting was evidenced, but outside of these instances, sightings were often followed by algae blooms and the appearance of myriad squids and jelly fishes. That occurrence of other species is good news for these marine creatures as an adult Leatherback can eat up to 700kg to 1 ton of jelly fish a day!

Most of the sightings myself and the rest of the PSOs operating across the Geoquip Marine fleet have had with sea turtles involved only a single adult in each instance. These individuals usually come close to our vessel – usually within 50 metres or so – and included behaviours such as short bouts of sea surfacing followed by long deep dives beneath the waves.

Interestingly, a significant amount of the sea turtles’ occurrences took place during night time periods, which suggests these curious reptiles may have been attracted to the vessel’s light emissions.

During our Empire & Beacon Wind projects in 2021/2022, a total of eight Kemp’s Ridley turtles – the rarest of all sea turtles – were visually sighted. More than 20 encounters with the Leatherback – the largest of all living turtles – were also registered during the same set of operations.

Of course, as a specialist in offshore geotechnical site investigations, Geoquip Marine goes to great lengths to mitigate our impact on the marine environment and the species in the waters around our vessels. These procedures are followed prior to and during the surveying/drilling phase so we can avoid any collision with the vessel, reduce sound exposure and any accidental entanglement with the seabed frame.

Geoquip Marine recently published its very first Annual Sustainability Report, detailing how PSOs such as myself are helping protect the marine environments in which we operate as well as contributing to our commitment to more sustainable operations. You can click here to learn more.

To learn more about our end-to-end offshore data acquisition, analysis and reporting services, and the availability of our fleet of integrated geotechnical survey vessels, please contact one of our experts today.

You can learn more about World Sea Turtle Day 2022 here, direct from the WWF.

STAY UP TO DATE